of the New Testament and Other Early Christian Literature, 3rd Edition by

Walter Bauer, and (mainly) edited by Frederick William Danker (henceforth in this

of this work). No matter what “version” of this work that you are interested in,

you’ll find out what’s most important about it in this review: the content.

the conclusion: this is the single best one volume Greek-English Lexicon available

anywhere at any price. Now, let us commence with the review!

Lexicography is old. The first known Greek lexicon of the New Testament can be dated back to 1522. For the next 400 years, the major changes that were made to Greek lexicons of the NT were 1) how word order was treated; 2) including more and more Greek vocabulary words; and 3) Latin was eventually rejected in favor of English for English speaking peoples. (Duh.)

In the late 1800's, the science of New Testament textual criticism bloomed, and dozens of new manuscripts were brought to light. (NOTE: the actual number of additional manuscripts is much higher, but the way critics count manuscripts is odd; 100 manuscripts that are substantially identical only count as 1.) None of the existing lexicons were working much in the area of these additional Greek manuscripts. That changed with Erwin Preuschen’s Greek-German Lexicon of 1910. It not only forayed into the papyri, it was the first Greek Lexicon to utilize quotations from the Apostolic Fathers. Preuschen died ten years later, and a man named Walter Bauer was chosen to continue his work. It is Preuschen’s Greek-German Lexicon that became the BDAG that we know today.

The second edition (Bauer’s first - still in German) was published in 1928 with major changes; it was practically an original work. It received academic accolades as “Best of Class”. The third edition was published in 1937 - and now “Bauer” was the only name on the title. It has since been known as Bauer’s work - even now in it’s sixth German edition (and after Bauer was dead!) with Kurt and Barbara Aland as editors.

When Bauer released his fourth German edition in 1952, William F. Arndt and F. Wilbur Gingrich were chosen to make an English version. BAG (Bauer-Arndt-Gingrich) was published in 1957, not as a translation, but an adaptation.

Arndt died in 1957, and Frederick William Danker (a student of Arndt’s) was chosen to take his place. A second English edition was published in 1979, referred to as BAGD. Danker became lead editor for the most current third edition, now referred to as BDAG.

BDAG includes references to the latest extra-Biblical research; has had most errata from previous editions now corrected; and includes a pleasant new type face for ease of use. The largest area of updating, though, has to do with definition. All lexicons provide a gloss (one word equivalent definition for translation) or multiple glosses. BDAG has expanded greatly the extended definitions for better exegetical accuracy.

Traditionally, lexicons have shown a preference for definition of a word in the source language with a corresponding word or phrase in the receptor language. A series of words or glosses is then offered to cover a variety of possibilities for translation. But these alleged meanings are for the most part mere formal equivalents, and in the case of words that occur very frequently in a language they run the hazard of being devoid of semantic value. Even worse, an unwary reader may think that a given word bears all the content  expressed by a series of synonyms. Not to speak of the student whose primary language is not English and who therefore may not understand distinctions between the English synonyms that supposedly define a given Greek term. In an effort to overcome this problem, this revision builds on and expands Bauer’s use of extended definition. This approach permits readers to explore the semantic structures of their own native language for adequate interpretation without the need of first deciphering the meaning of various glosses or synonyms.

one who has never engaged in sexual intercourse, virgin, chaste person....

If you’ve ever read anything about the Greek or Hebrew root words for “virgin” and their usage in Is 7 and Matt 1, you’ll quickly understand - and appreciate - Danker’s conservatism.

While BDAG is intellectually accessible by those “less than professional” in their study of the Greek New Testament, it’s price alone indicates it’s Academic Target: Professional Greek Students. It is the standard lexicon in the university setting - for the professor and the student. It is not written, though, to that level. It can be understood and well utilized by those on the pastoral and even pre-pastoral level (like a serious Sunday School teacher). I’ve graded the “Academic Target” to “Pastoral-Theologian” on the DDT scale, taking into account it’s price and usability.

If there were a Strong’s numbering system, this lexicon would be usable by those who do not know Greek; the actual entries themselves are understandable without a knowledge of Greek. However; finding the word entries will require a knowledge of Greek since there is no numbering system. (In other words: for those completely unfamiliar with the Greek language, this tool will probably be a waste of time and resources.)

The articles are long enough to explain the usage of the word. And - because nearly every word (8,095 of them!) includes an exhaustive treatment, you’ll almost always be able to find the word’s usage in the specific text you’re studying. This is key. If a word has fifteen different glosses, but no identification as to which gloss is the correct one, what’s the point? BDAG almost always (and with all of the important words) shows every reference with every gloss. (Just how I would have done it, by the way!)

One of the major plusses to the BDAG edition (over the first “BAG” and second “BAGD”) is it’s formatting. BDAG is very much easier to read than BAG and BAGD.

My conclusion is rather simple: this is the industry standard, and it’s not been granted this status just because of it’s name. It really is the best Greek lexicon available at any price.

Now comes the really important conclusion: do you really need BDAG? Ask and answer these questions:

1. Are you a professional biblical languages student? If the answer is “yes,” then this is a no-brainer. Bite the bullet and buy the text.

2. Do you own a first or second edition? If you already own the first or (especially) the second edition, the updated information in the third edition may not warrant enough of a change to purchase the upgrade - even if you’re a professional student of the Greek text. Formatting and errata corrections may be enough; but the actual content is probably not - unless you’re the guy who must keep up with the absolute latest in linguistics. If you’re not a Greek teacher and own a BAG or a BAGD, you probably pass on BDAG - or ask for it as a Christmas gift.

3. How often do you perform detailed word studies on one word? For anyone not a professional student, this is a key question. There are inferior products available that can cheaply replace BDAG for the vast majority of people. If you enjoy (or just need to do) hours of Greek word study, then BDAG is certainly a useful tool. If not, then look for an alternative (Vine’s word studies, Strong’s Concordance and Greek dictionary, & Thayers Greek Lexicon would be very inexpensive alternatives). Obviously the inexpensive alternatives are, well, cheap; but for most people, a $165+ Greek lexicon probably isn’t a necessity.

4. Can you exegetically survive with inexpensive alternatives? For most of us, the answer is “yes.”

5. Do you really need the updated information from extra-Biblical literature in the upgrade from BAGD(2) to BDAG(3)? As far as actual intellectual material goes for the entries in BDAG, very little will have changed about the NT usages of these words. The biggest area of differences intellectually will be seen in the “extra-Biblical” literature. So - do you really need to know the additional information about the Septuagint and Early Church Fathers? If the answer is “no,” then move on to an inexpensive alternative.

Part of the attraction to BDAG is academic “snob appeal.” The world of academia is incredibly snobbish (“What? You’re only using BAGD? My research is superior to yours!” - and if you don’t think that attitude exists, you’ve never been on campus). Like a polo player on a shirt or a swoosh on a hat, BDAG is a statement title. OK, I get it that the cotton under the polo player is a comfortable cotton; but is it worth 5x$ of the store brand? That will be up to the individual user.

Rodney J. Decker of BBC suggests that this is so good, you should sell your car!

Reviewer Bryn Mawr comments positively about the completeness of the content.

REVIEW: A Greek-English Lexicon of the New Testament... (BDAG) 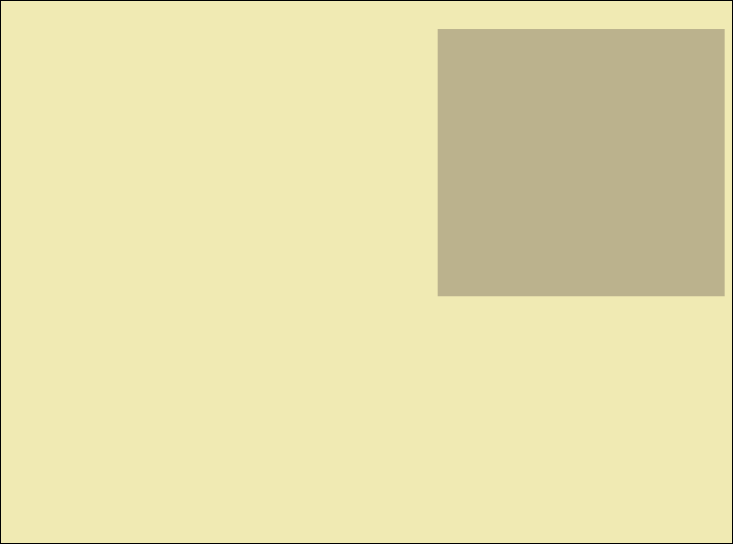 Purchase the BDAG “New” from Amazon.com

BDAG is the Academic Standard for Greek Lexicons. No matter the denomination, professional students will be required to purchase this work. Its exhaustive use of nearly every word’s NT reference makes it “King of Greek Lexicons.” If you want to study like the pros, this is your lexicon. 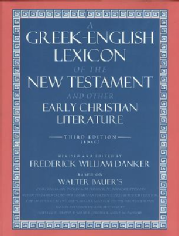