Welcome to this detailed DDT Product Review of Eerdman's Dictionary

of the Bible edited by David N. Freedman (henceforth in this article to be

referred to simply as “EDB” - an acceptable abbreviation of this work).

No matter what “version” of this work that you are interested in, you’ll find

informed buyer. I also want you to know right up front my theological

important, and I’m quite sure you’ll agree!).

Finally, I know that you’ve already looked at the DDT Rating, so you already

know the conclusion: this is a fair reference work with (relatively) limited appeal.

Now, let us commence with the review!

There are many Bible Dictionaries available on the open market. So, why did Eerdman's do this one? They published a Bible Dictionary back in 1987. In fact, the Associate Editor (Allen C. Myers) of this 2000 edition was the main editor of that (1987) one! When Eerdman's was deciding to make a new edition, it was actually decided that this would be more than just a new edition; they've made significant changes to the entries. From their Introduction:

Although the initial intent was merely to revise and update the 1987 edition of the Eerdmans Bible Dictionary, the publishers were encouraged by pre-eminent biblical scholar David Noel Freedman to build upon the expertise gained in producing that volume and to develop in essence an entirely new reference work that would represent the vast strides made in biblical scholarship in recent decades.

Included in this Bible Dictionary are entries reflecting the Apocrypha as The Bible.

You would expect a Bible Dictionary to be non-partisan and simply reflect "facts" without "theology." In fact, the Dictionary says as much in it's Preface:

...A modern Bible dictionary should provide sufficient factual data to define and explain all the distinctive terms and expressions found in the Bible. In addition, it should reflect the present state of scholarly research in this field, including not only the standard and long-established results of serious scholarship, but also more recent trends and developments in as fair-minded and nonpartisan a way as possible.

So far, so good. However, when you look at the list of Contributors, what you find are dozens of references to universities that are secular (like Harvard and University of Michigan), Catholic (like Notre Dame and Wheeling Jesuit University), Neo-Evangelical (Wheaton and Trinity Evangelical Divinity School) and liberal Christian (Baylor and New Orleans Baptist Seminary). I found only two references to schools that might be called "conservative" by some (Central Baptist Theological Seminary and Michigan Theological Seminary) - but many conservatives would claim neither school as such. The authorship and editors decidedly lean to the left.

One of the ways I quickly assess the theological persuasion of a Bible Dictionary/Encyclopedia is to check it's date for The Exodus. The reign of Solomon is fairly well set and accepted by conservatives and liberals alike - somewhere in the second half of the tenth century (970-930 BC is a commonly accepted date for his reign). 1Ki 6:1 is a critical text for dating of The Exodus. It states: "And it came to pass in the four hundred and eightieth year after the children of Israel were come out of the land of Egypt, in the fourth year of Solomon's reign over Israel, in the month Zif, which is the second month, that he began to build the house of the LORD." Therefore an Exodus dated to anywhere near 1446 BC is conservative (because it believes the Bible - 1Ki 6:1 in particular); and anything in the 1200's is liberal (because it rejects the clear teaching of the Bible - specifically 1Ki 6:1). Easy enough to understand, right?

While the article on "Exodus" doesn't come right out and state it, it implies via academic acceptance that The Exodus took place in the 1200's - thereby denying the inspiration of the Bible at 1Ki 6:1 (which is not even mentioned by EDB in it’s “Exodus” entry). Oh, by the way - Moses lead the people in the miraculous crossing of "The Sea of Reeds," and not the Red Sea - just ask EDB. This decidedly liberal view of the Scriptures is pervasive throughout the dictionary.

The stated purpose of this dictionary is functional practicality. (One volume editions almost universally function on practicality over detail.) Their target is the serious student of the Bible.

However, as a pastor I must say that I would not be in favor of my Sunday School teachers using this dictionary as a primary resource. It’s decidedly liberal bent disqualifies it from receiving any recommendation to those not fully educated about liberal bias. I have therefore placed the Academic Target to “Pastoral-Theologian.” This is not a good resource for “Joe Small Group Leader” of First Conservative Church.

This is not a Hebrew/Greek dictionary. It is a Dictionary of People, Place, Events & (light) Theology. The book is written in English for English speaking people.

The two column per page formatting still leaves the text large enough to see. With bold face entries and white space on the page, the formatting is rather pleasing and easy to use. The articles are placed where you’d expect to find them. The maps in the back are in color and nice.

This dictionary does a very good job in it’s area of emphasis: relating current archaeological discoveries to the Bible. If that is the main reason you’re looking for a Bible dictionary, then this one is a good choice.

I earlier stated that this is a fair reference work with limited appeal. The reason is it’s liberal theological bias. If you conservatives are looking simply for a basic tool to help you understand the Bible better, you could probably spend the same amount of money on another book and be (much) happier in the long run.

EDB is a helpful - but not essential - addition to your library.

REVIEW: Eerdman’s Dictionary of the Bible 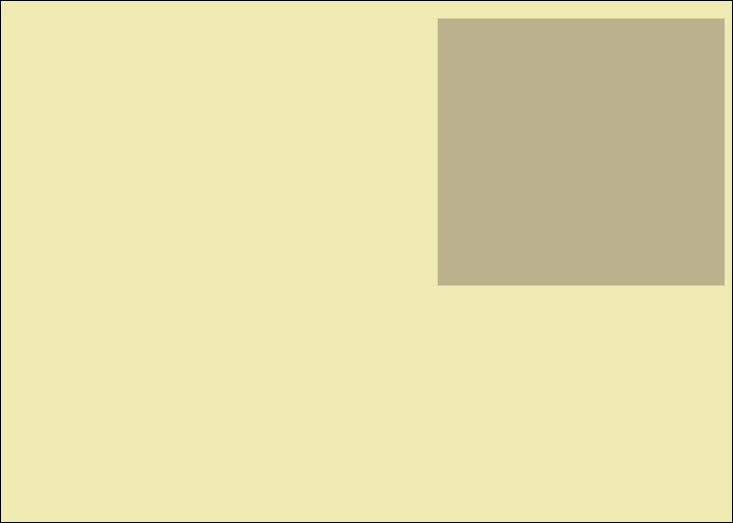 The strength of EDB is in its current reporting of recent scholarship. Its academic focus is on the contribution of archaeology to the understanding of the Bible. However, this is also its weakness, as most current scholarship is decidedly liberal in theological perspective. Helpful - but not essential. 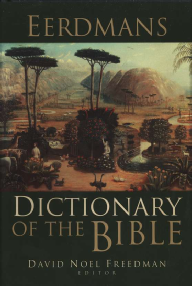